Newtown Stud is a property steeped in history and the farm has been in existence since the middle of the 1800s.

In 1959 it was purchased by the famous owner and breeder Vera Lilley, who later became Vera Hue-Williams. Her legacy still lives on at the farm where her initials V.L. are incorporated into the entrance gates. 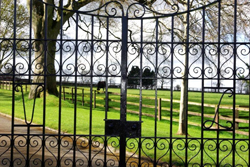 In 1967 the farm was purchased from Vera Hue-Williams by Jaqueline O'Brien wife of the legendary trainer Dr Vincent O'Brien as a base close to both the Curragh and Dublin Airport for their valuable charges.

In the intervening years the farm was sold again and became a cattle farm before being purchased by Brian and Sheila Grassick in 1996, when it was lovingly restored to its former purpose as a stud farm. 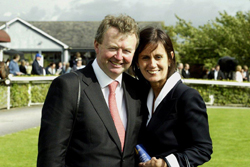